Sensommar. A word that only have positive connotations if you ask us. It means late summer in Swedish. The warm air is still here but the suns sets a little earlier, making the nights pleasant and cozy. Late summer in Luleå has lots to offer, and according to many of the locals this is the best part of summer. The water is warmer, having had all of July to heat up and the woods are green, lush and full of berries.

Sweden has something called the Right of Public Access which means that as long as you don't disturb or destroy everyone has the right to wander around the countryside in Sweden with no fear of trespassing. So grab a basket or paper bag and head out into the forest. Here you can find blueberries, lingonberries, and if you're lucky the delicious cloudberry, or the small but tasteful arctic bramble.

Blueberry is a common, small and, you guessed it, blue berry that you can find when hiking the the forests surrounding Luleå. Not many people know that Nordic blueberries are actually a different species than the blueberries found in North America, for example. Nordic blueberries, or bilberry as is their real name (but everyone tend to call them just blueberries) are very healthy. They contain high amounts of vitamin C and D and what's more, Nordic bilberries are said to contain up to four times more anthocyanin, which is the substance that has been found to prevent cancer, diabetes and inflammation, and slow the signs of aging. They grow on small bushes with green leaves, close to the ground. The berries are dark blue and quite soft so be careful not to crush them when you pick and transport them. Blueberries ripe from the middle of summer to the beginning of September.

This small red berry is a Swedish delight, used in jam and cooking as well as desserts and candy. It's almost impossible to visit Luleå without coming across them in some shape or form. Maybe you've even seen them outside of Sweden, at your nearest IKEA on the plate alongside your meatballs. It's a Swedish superfood a it is high in antioxidant qualities and also containing substances that help fight obesity and regulate blood sugar, as well as preventing cancer, inflammation, urinary tract infections and tooth and gum disease.

They grow on low and small bushes with thick, dark green leaves. They are easier to pick than the blueberries as they are harder and not as delicate. You can find lingonberries in the Luleå's forests from August until late September and sometimes even as late as October.

The gold of the forest – cloudberries. This is a Swedish delicacy and not many people have tried it as it mainly grows in arctic or alpine environments. The locals are very secretive with where they have their favorite cloudberry site, nothing can make them reveal where they go to stock up on this delicious, amber berry. If you do find some however, they make great a great jam that locals oftentimes eat warm in combination with vanilla ice cream. We promise you won't be disappointed. Apart from that, cloudberries are incredibly good for you. They are known for their detoxifying and immune-boosting abilities, and also reduce the risk of cardiovascular disease, stimulate circulation and digestion, and prevent diabetes and some cancers. They like to grow near mires, so be careful when you head out the find them. 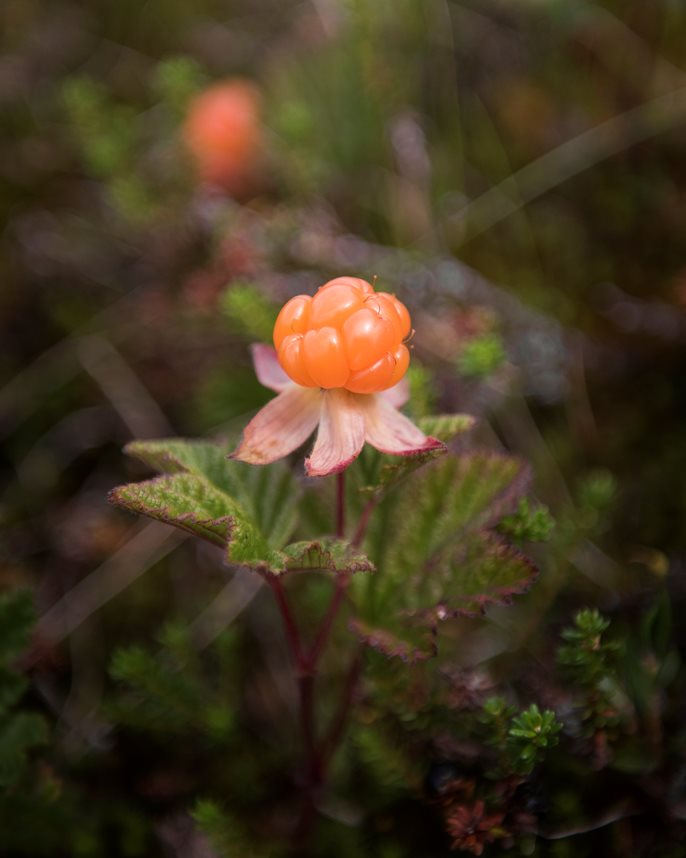 This small little berry is actually the province flower of Norrbotten. It's flowers later turns into small, delicate berries. Not unlike the raspberry, which is a relative to the arctic bramble. The berries as considered exclusive and are sold at a high price, so if you do find some you can consider yourself lucky! They like it here, up north, where the winters are long and the climate   harsh. Theygrow acidic soils rich in organic matter. The flowers are in groups of one up to three, and the petals are pink, red, or magenta. The berry is deep red or dark purple, with an unusual hardiness to frost and cold weather conditions. 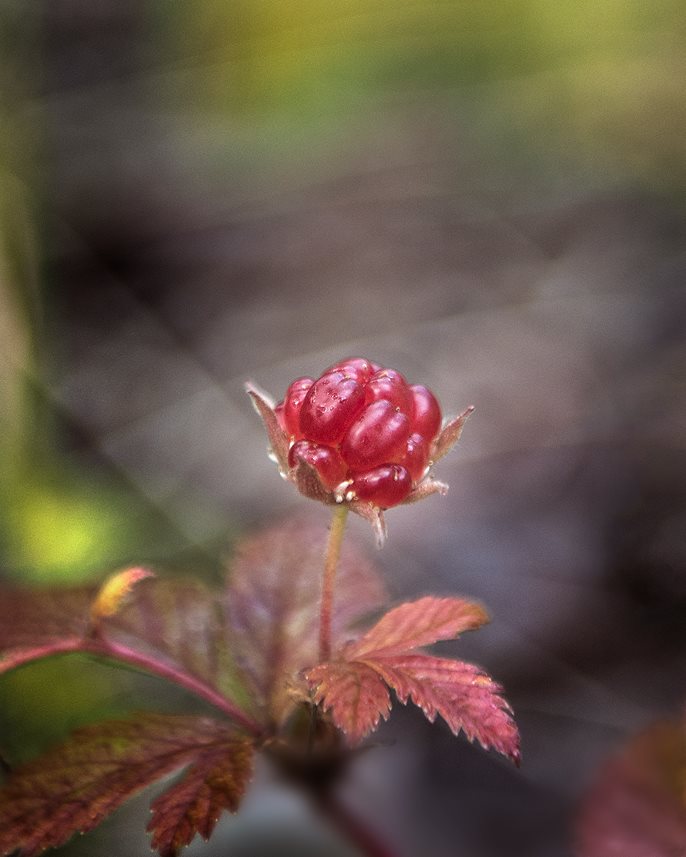