Crystal chandeliers and period furniture set the tone and the wings of history carry you back in time. Iron ore's journey out into the world began here. A new community grew up around the ironworks near Meldersteins herrgård in the1700s. Here, the iron ore of northern Sweden was first processed. And it all started with a small stone.

Shady trees surround the historic building, which is situated outside of Orrbyn in the Råne River valley. Here, guests both sleep and wake up to the murmuring waters of Bjurån. Katarina Thingvall was 12 years old when her father first brought her to the yellow manor house.

"'I've bought it,' said my father. Since then, I have spent all of my holidays here, at this magical place."

Katarina grew up in Skåne, in Sweden's far south. But when she had a family of her own and wanted to move home, it had to be to home to Norrbotten. When Katarina got the opportunity to take over the hospitality and conference business her father and uncle had built up, she wasted no time in grabbing the chance. 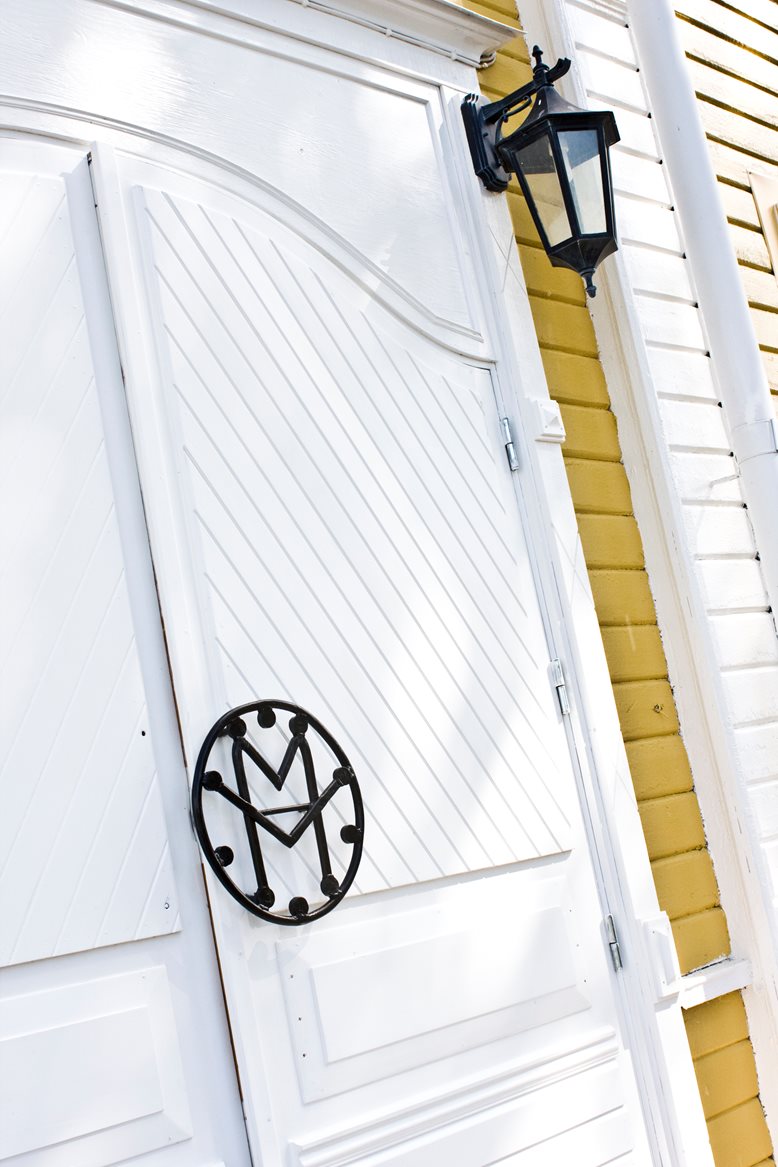 Katarina has special ties with the place, thanks to an ancestor, Karl-Johan Thingvall. The story is like a fairytale inspired by a magical stone.

In the1600s there were only about 20 farms along the entire length of the Råne River valley, where poverty and starvation prevailed at the time. Villager Per Andersson wandered out to see if he could barter along the way.

His journey took him to Malmberget. Here, among those he met, were several Sami people, who gave him a curious stone. When Per Andersson returned, he showed the stone to the parish priest, who was the most important man in the village. The stone was left behind and forgotten. That is, until the day Lieutenant Karl-Johan Thingvall asked for Blix the priest's daughter's hand in marriage.

"My ancestor was sent here to keep an eye out for the Russians, and when he felt the urge to wed, the priest's daughter was a suitable candidate for an officer," says Katarina Thingvall, who bears the name of the once bride to be. "It was there that my story and the story of iron ore in Norrbotten began. When Karl-Johan had a look at the little stone that had remained in the priest's possession, he had a feeling there was something special about it. He sent an expedition to Malmberget to investigate the deposit. My ancestor staked the first claim in Malmberget, on the same mountain where LKAB mines ore to this day."

Katarina says that Karl-Johan had neither the knowledge of mining nor the necessary funding to pursue the venture. However, by chance, Jonas Meldercreutz was on another expedition in the unexplored regions of northern Sweden. Their paths crossed and Meldercreutz, who had plenty of money, invited his business partner Abraham Steinholtz, an industrialist who was able to contribute his good knowledge of rock mechanics. The name Melderstein is a combination of the two names. 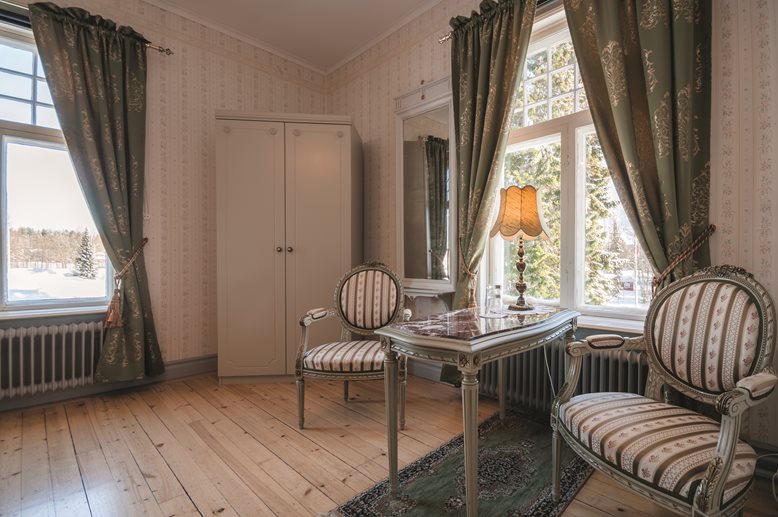 An ironworks was established on the site, thanks to the availability of the essential water power and location near the sea. Ore was hauled by, among other means, reindeer and sled from Malmberget, processed at the ironworks, and then shipped out into the world.

The proprietor of the ironworks lived at the manor, and the site also included a sawmill, forges and quarters for the workers. Remnants of these buildings can still be seen.

"The tiny village of some 20 houses grew as hundreds of labourers were recruited to work at the ironworks. Today, it is thought that about 20,000 people can trace their origins to Melderstein," says Katarina, herself one of them. She is a ninth-generation direct descendant of Karl-Johan Thingvall.

Eventually, the railway reached across the country, by which time the ironworks at Melderstein had served its purpose and iron production ceased in 1892.

"Since then, this has been the site of, among other things, a school residence, a care home and a large farm. My father and uncle purchased the property when I was 12.” 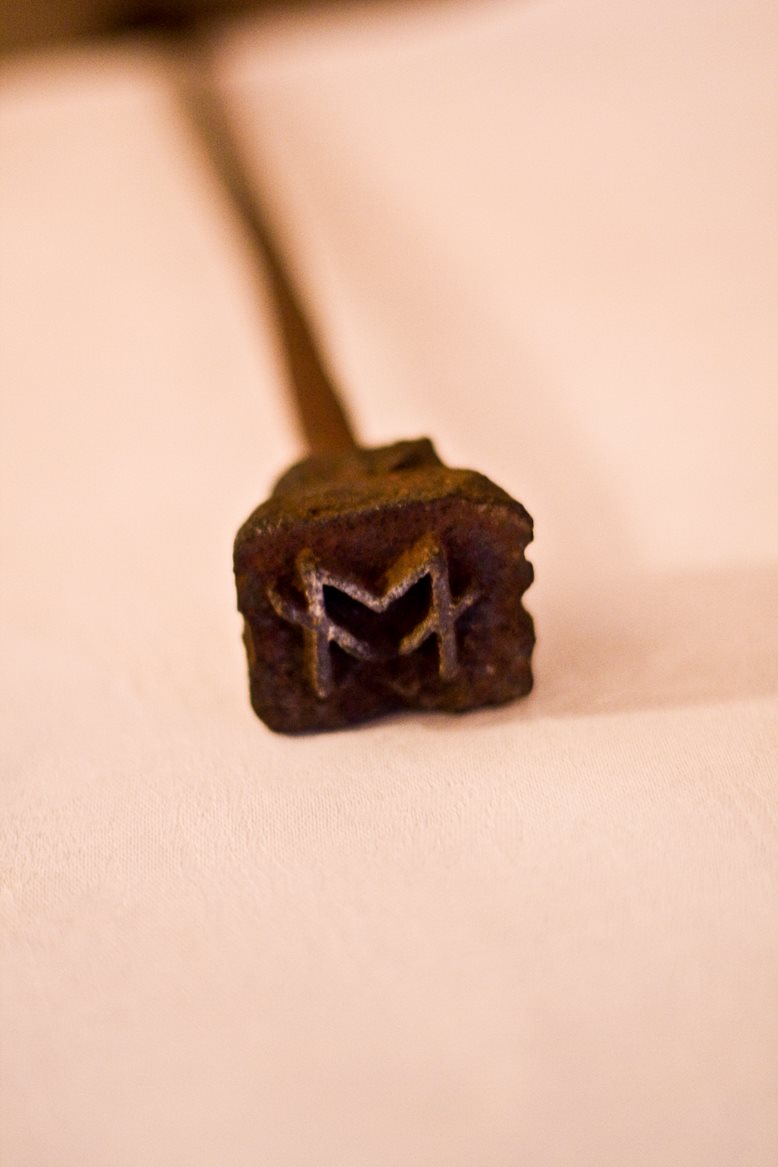 The building was painstakingly restored in period style and has since been operated as a hospitably venue and conference centre. Katarina and her family moved to Melderstein several years ago and she now also runs the business.

Here, wedding festivities and conferences are held, and good food is a self-evident ingredient for a successful event. People visit Melderstein for a retreat and to enjoy the peace and beautiful surroundings. Melderstein has13 hotel room, several spaces for caravans and a summer restaurant that serves traditional Swedish fare.

"Most come here to experience the lovely setting. Perhaps for lunch, or an overnight stay with a group. Renting the entire manor is popular all year round," says Katarina.

And the magical stone that started it all?

"Unfortunately, it's gone. No one knows what became of it."